The level timer increases every frame, except when reset after level-up.

Level advancement requirements: There are two ways to increase the level:

The person responsible for porting the game to the H-System leaked to 2ch that he had released cheat codes within the game. Internet Archive (from 257 to 298) 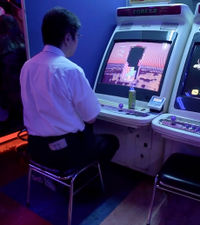