Tetris DX is a Game Boy Color game that enhances Nintendo's original Game Boy Tetris, with three new gameplay modes, a profile/save feature, and color graphics on Games Boy Color games and above. The game's rotation system has a glitch which lets players move any tetromino, except the O-piece, upward by holding the direction against a wall and rotating in the opposite direction. 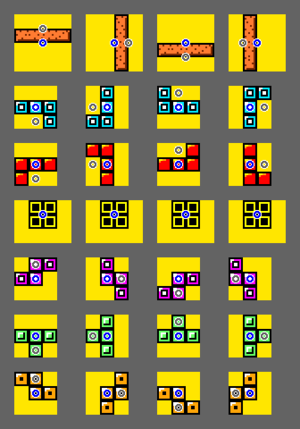